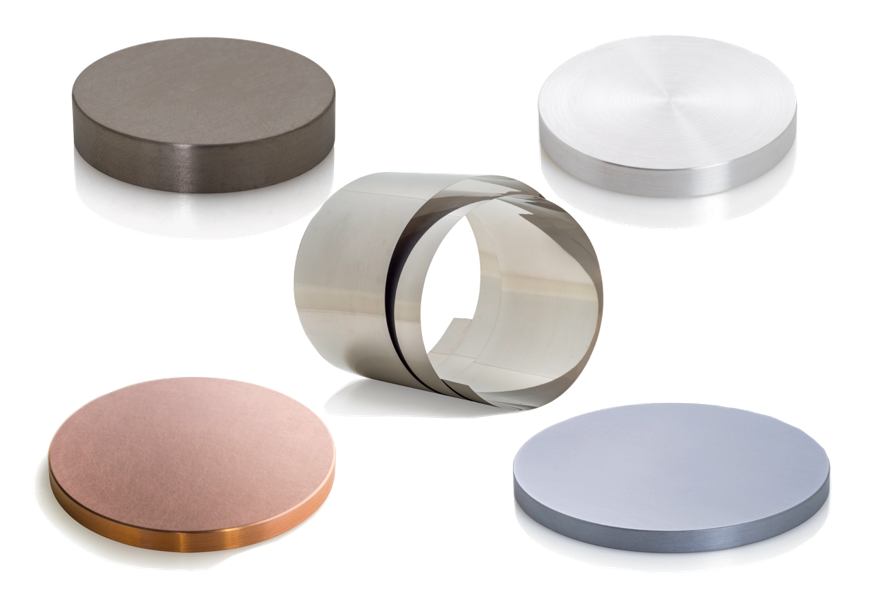 Sputter deposition is a method of (physical vapor deposition PVD) thin film deposition in which a high-purity source material (called a cathode or target) is subjected to a gas plasma (typically argon (Ar)). The energized atoms in this gas plasma collide with the target material and knock (spall) off source atoms which then travel to the substrate and condense, creating a thin film.

Plasma generation most commonly uses the direct current (DC) or Plasma Sputtering or Radio Frequency (RF) Sputtering. DC Plasma Generators and RF Plasma Generators both use the principle of ion excitation to propel atoms toward a target material. RF Plasma can also involve a matching network to tune the process for maximum efficiency.

For a video demonstration of the sputtering process, we recommend a video prepared by the Clean Energy Institute at the University of Washington.

Demonstration of the Sputtering Process and Magnetron Sputter Coater

Sputtering targets are high purity materials that collide with atoms energized with the DC Plasma Generator or the RF Plasma Generator with Matching Network. These high energy atoms collide with the target and spall small amounts of the material that form a thin film on a substrate. Sputter targets can be made of many materials, purities and thicknesses depending on the application.