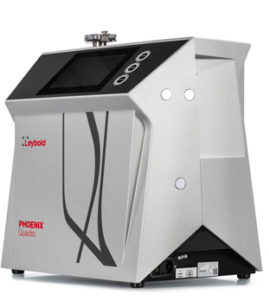 Loss of efficiency is the primary reason power plants need to leak check their condenser vacuum systems. Helium leak detectors are the most effective method of pinpointing these damaging leaks, and may be further applied to finding leaks in tube-sheets and generator cooling systems. Hydrogen Leak Detectors can be used for systems containing a hydrogen mixture.

Defects, wear points, and tube-to-tube joints are all potential leak sources. Each new leak raises the need for a costly partial shutdown and tedious work in the hot environment of the water boxes. Helium leak testing is fast, efficient and can be effectively accomplished with a helium leak detector. 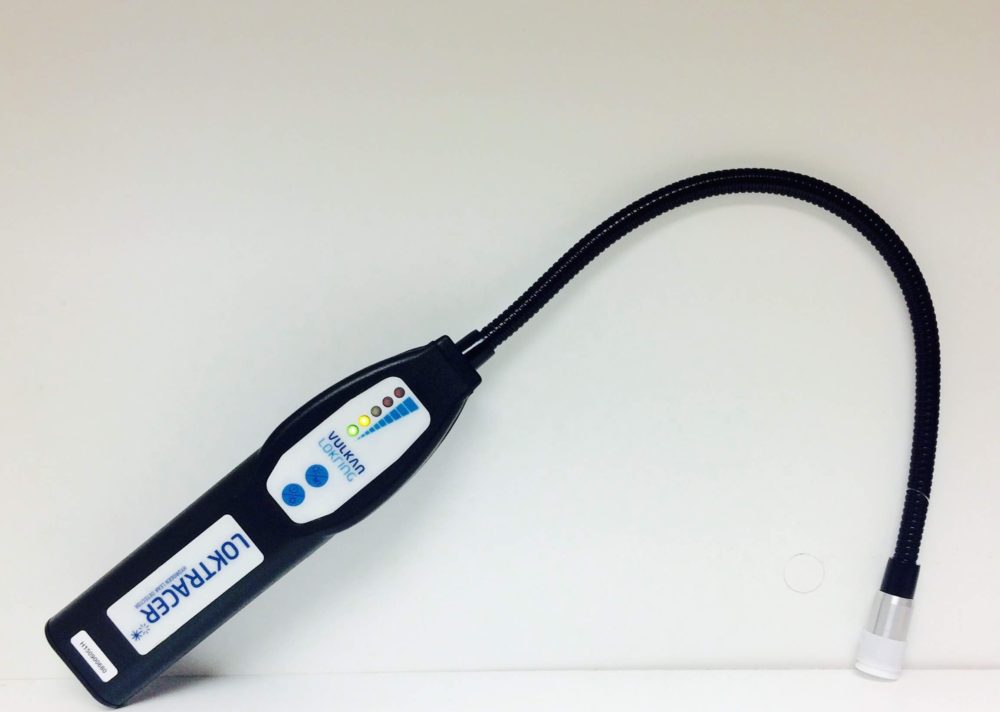 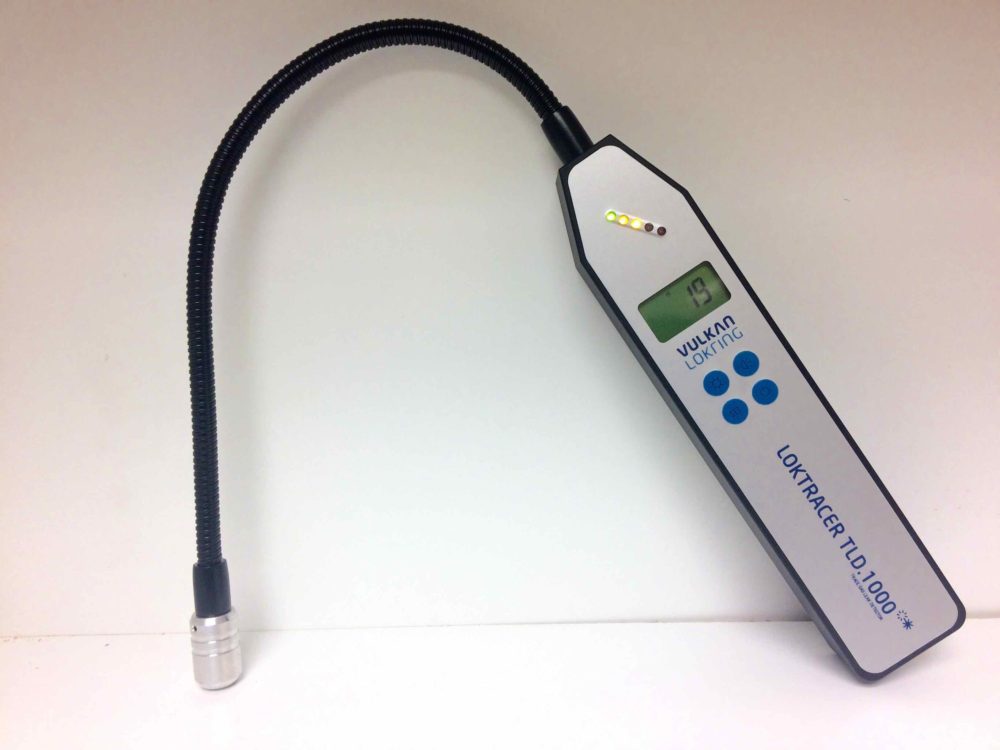 Hydrogen Leak Detectors for leak checking equipment containing a hydrogen mixture and tracer gas leak detection using 5% H2/95% N2 as tracer gas. The TLD.500 is the lowest cost option giving you a sequential light display as concentration increases. The TLD.1000 is the high sensitivity hydrogen leak detector with quantitative display with readings in ppm. Get more information at our Hydrogen Leak Detector page

A fan set up to exhaust the far water box is mandatory. This not only keeps the worker in the near box cool, it pulls the helium down the tubes and exhausts it. The sniffer probe is set up in the exhaust of the Steam Jet Air Ejector or water-ring pump, just as it would be for checking the condenser vacuum system. Then, with one worker monitoring the leak detector, another climbs into the water box and proceeds to spray some helium into each condenser tube.

With thousands of tubes, this cannot be done with an air gun in a reasonable amount of time. The solution is to use tube-sheet testers: hand-held plenums that spread the helium over an area of the tube-sheet of approximately 2 square feet. Many workers like to use chalk to mark around the plenum while they are holding the helium valve open. That way, they can return to check the same tubes if a leak has been located.

In the past, two workers were required for the test, one spraying helium and one person at the helium leak detector. With the wireless remote for the Phoenix Quadro, the person spraying helium can wirelessly read the results on the RC 301 Wireless Leak Check Display or on your smartphone or tablet using the bluetooth transmitter on the Quadro Helium Leak Detector As helium is sprayed over a leak, it is drawn in through the leak and pumped out of the condenser by the Steam Jet Air Ejector or water-ring off-gas pump. As it passes the sniffer it will be sensed and show up on the leak detector. Time response for the helium varies, depending on the volume of the condenser and the speed of the air ejector, but 45 seconds to 1½ minutes is typical.

Once there is a response to a leak, the “inside man” should wait for it to clean up—that is, for the helium to be largely pumped out. Then he should go over the same area, at the same speed, but in the reverse direction, to locate the leak. When the response is seen again, the leak will be halfway between where the plenum was when he first heard the response and where the plenum is now. The specific leaky tube can be pinpointed either by use of a smaller plenum (perhaps 6″ square) or by careful use of a spray gun on one tube at a time.

Whether by using a spray gun or a plenum, the helium is drawn down the tubes by the suction of the exhaust fan, exposing the entire tube and tube-sheet weld at the far end to the helium. When a leaky tube is found, it can be plugged then, or temporarily blocked until all the leakers are located.

Use of the Phoenix Quadro Helium Leak Detector and tube-sheet testers speeds a hot, tedious job, while providing assurance that each leak has been found. 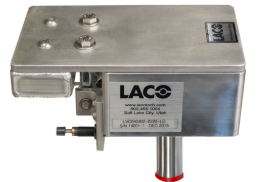 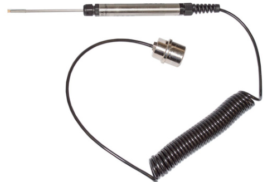 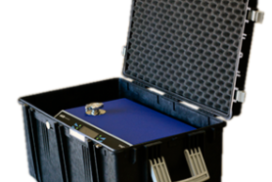 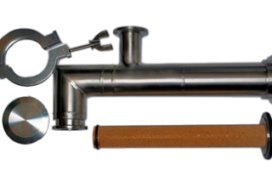 Inlet filter for protection against particulate getting into the helium leak detectors during testing. 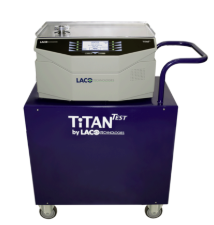 Mobile cart for the TitanTest.